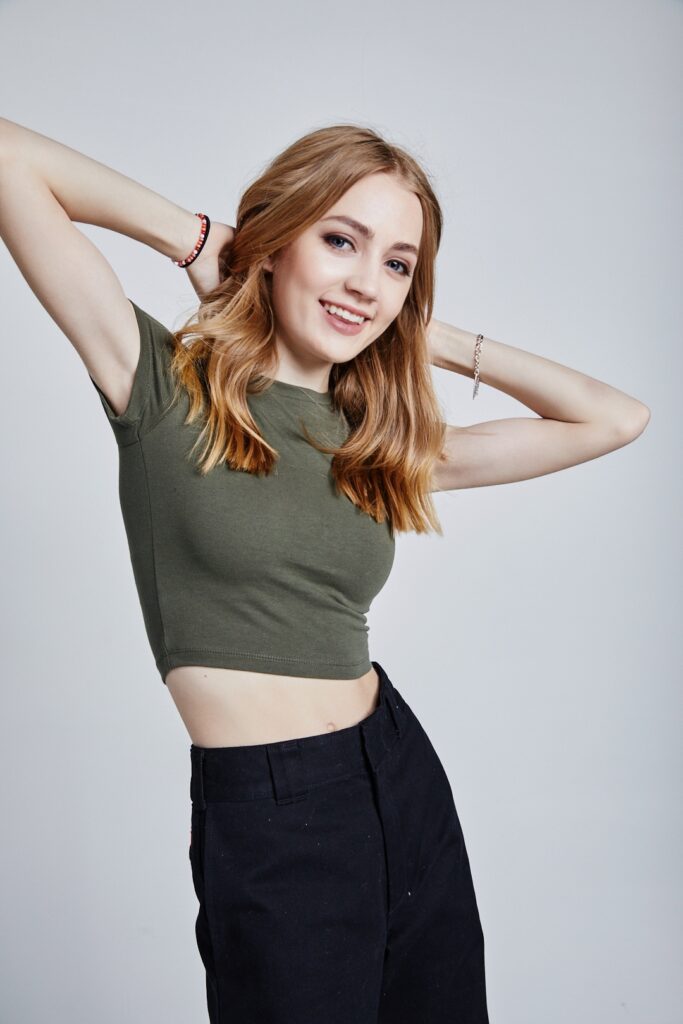 Katie Beth Hall is a 16 year old actress who enjoys piano and singing, studies tap and hip hop, painting, drawing, and is a student of Krav Maga.  Having graduated high school at the age of 15, she is currently enrolled in college studying Art and Interior Design.  She considers herself a self-directed, life-long learner and enjoys history, museums, and documentaries.   Having moved around the country with her military family, she is now a N.Y. and L.A. based film/tv and theater actress.

In 2017, she made her professional theatre debut at Studio Theatre (Washington, DC) in the Helen Hayes Award Recommended,  The Hard Problem as Cathy Krohl; written by Tom Stoppard and directed by Matt Torney.  She also joined veteran actors Michael Urie (Ugly Betty), Julie Halston (Broadway), and Leslie Korein (Upright Citizen's Brigade) in The New 35, a short film in which she portrayed Young Kat.  She has made appearances in Happy!, Bull, and Better Call Saul.

In the fall of 2018, Katie Beth made her Off-Broadway debut, reprising the role of Cathy at Lincoln Center, in Tom Stoppard's The Hard Problem, alongside veteran Broadway and TV actors Jon Tenney, Tara Summers, and Adelaide Clemens, and directed by 3-time Tony Award winner Jack O'Brien.

Later this year, you can see her in the much anticipated reboot of Home Alone, alongside Ellie Kemper and Archie Yates, on Disney+ as well as starring as Sarah Watson in the new Head of the Class reboot on HBOMax. 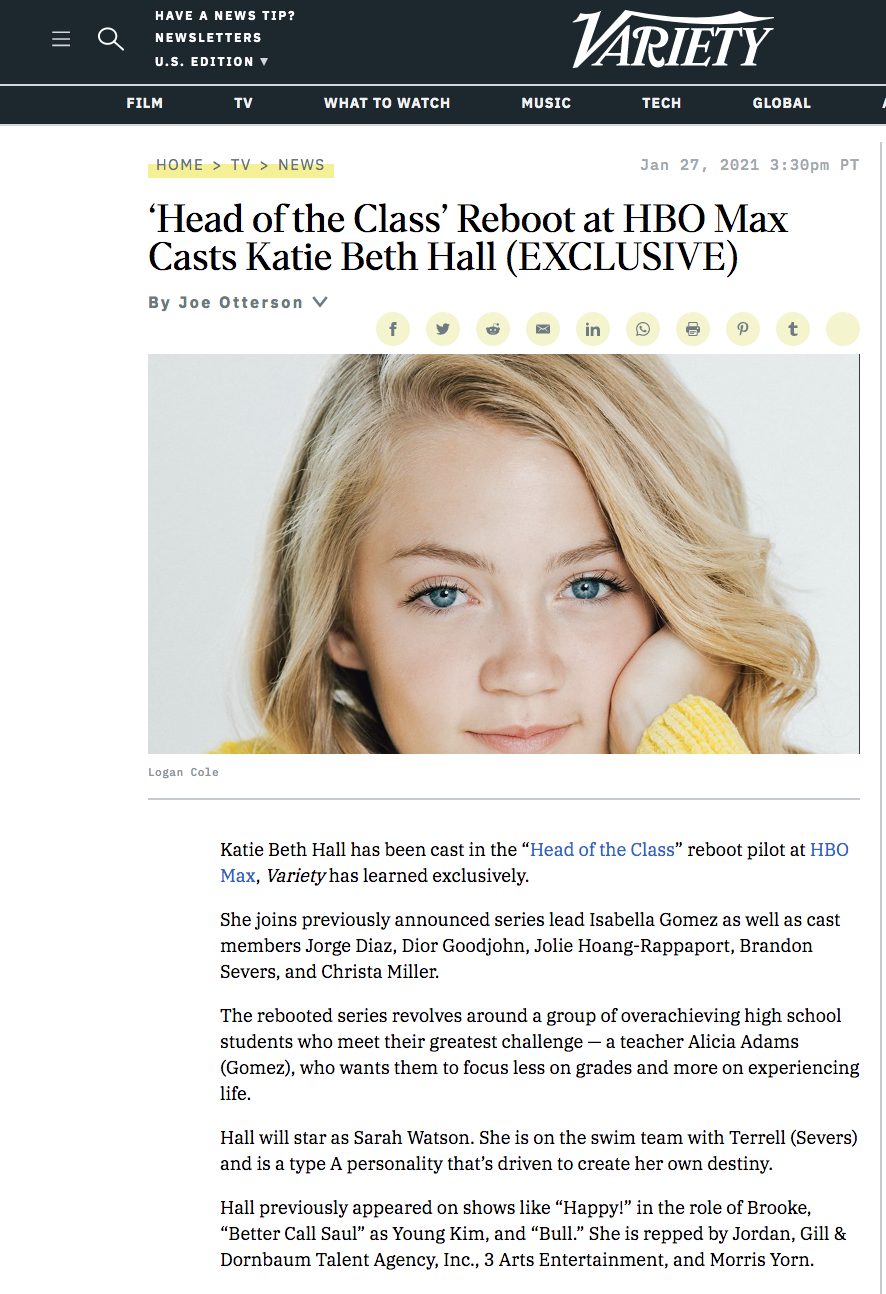 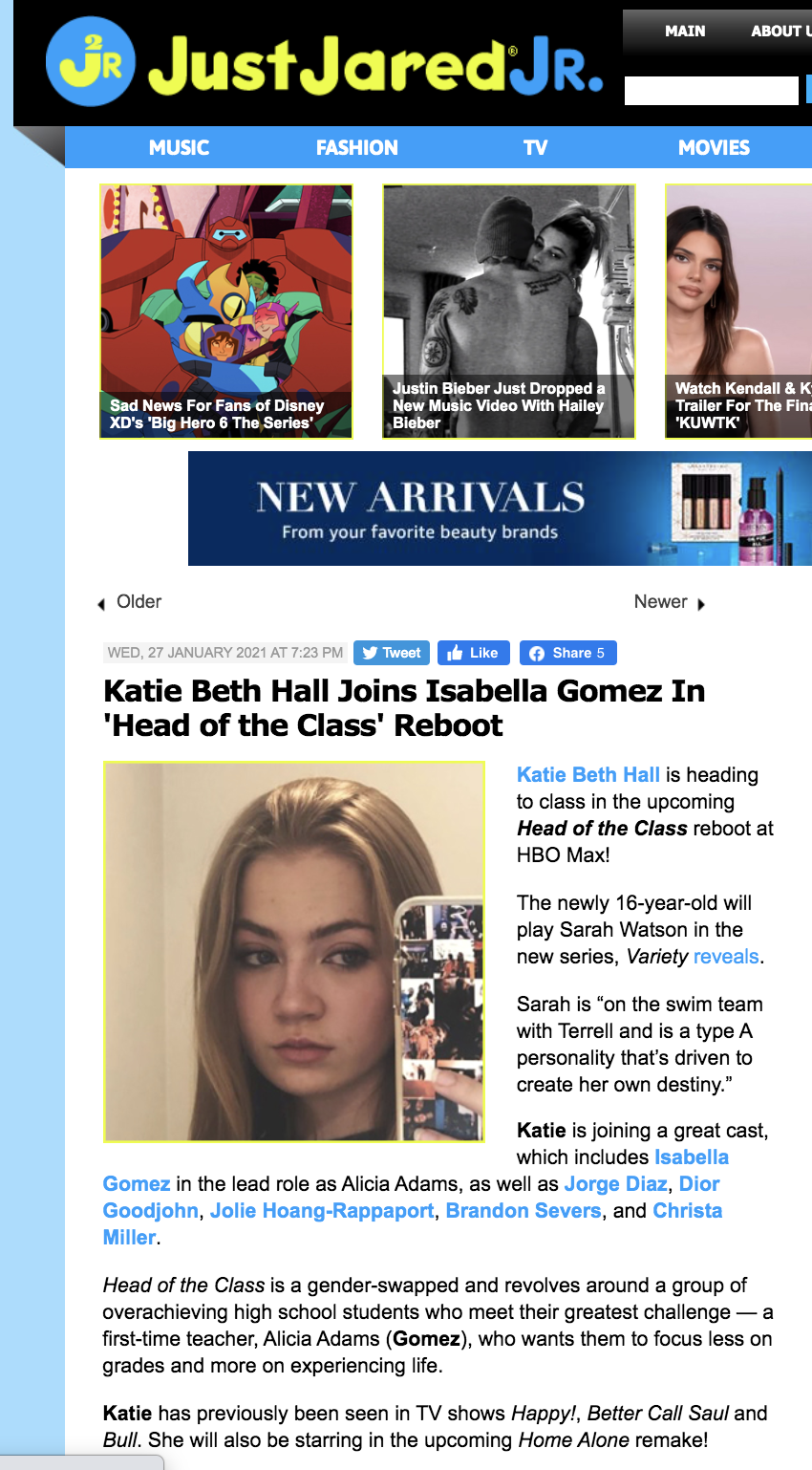 "...it’s Katie Beth Hall, giving a straightforward performance that is blessedly devoid of the precocious or the cute that so often accompany children onstage." ~ Michael Bracken, Theater Pizzazz

"She lights up the stage with a presence and an intelligence that rivals her more senior counterparts." ~ MD Theatre Guide 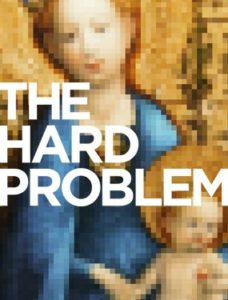 In The Hard Problem, Katie Beth Hall, who plays Cathy, employs a posh English accent. Hall is 13, but, she told me the other day before curtain, she has been playing around with that accent since she was 6 or 7. “I would do it for fun, or bring it in to these little acting or theater workshops I was in.”

The accent, Hall went on, “came naturally to me. My grandmother would watch a lot of British TV shows and I would sit there with her, taking notes. Before long, I would replicate the accent, and start to get fluid.”

Hall first had the chance to use the accent professionally two years ago, when she played Cathy in a production of The Hard Problem at the Studio Theatre in Washington, D.C. What was the difference between playing the role there and at Lincoln Center Theater?

“In New York, we had more of a connection with Tom Stoppard, so we had the chance to hear his views directly. Also, I’m a little older now, so I understand the play better.”

Comprehending the subject helps Hall not only in her performance but in her studies. “I’m home-schooled,” she explained, “so this work kind of counts towards my school work. I’m learning so much. The hard problem in neuroscience is about the study of consciousness. What makes our brains think? My character doesn’t fully understand what is happening in neuroscience but she is such a big part of what goes on with the scientists, with all the people in the play.”

Hall is in the ninth grade, and she has been home-schooled since the third grade. (She lives with her mother, 7-year-old brother, and dog Felix. Her father is currently deployed in Afghanistan.) “The main reason I was home-schooled was because my father was in the military, and we moved around a lot. But my acting schedule also tied into it.”

Hall has lived in West Point, New York; San Antonio, Texas” and suburban Virginia, among other postings. She and her family will move back to Los Angeles after the run of The Hard Problem finishes next month. She has done film and television, and would like to do more of both, but her big stage dream is to appear in Kinky Boots. “I know it’s completely unrealistic,” she said, “but I would like to play Lola. I’ve seen the show twice in New York.” The husband of Lisa Schwartz, Hall’s child guardian at LCT, works on the Kinky Boots Broadway production. “My guardian tells me all about what’s going on in the show, about who’s playing what, and I love it!”

Asked to name what she liked about being in The Hard Problem, Hall mentioned her fellow cast members and the thrill of working in New York. She said her favorite performance was the day recently when her best friend came to see the production. “The one thing about being in this play that’s difficult is that friends my age either don’t want to see it because of the topic or come and see it but don’t understand it.”

Hall added: “My best friend understood it and that meant a lot to me. It gave me more confidence and one thing I’m learning about being an actor is that when you have more confidence you usually give a better performance.”

Brendan Lemon is the editor of lemonwade.com 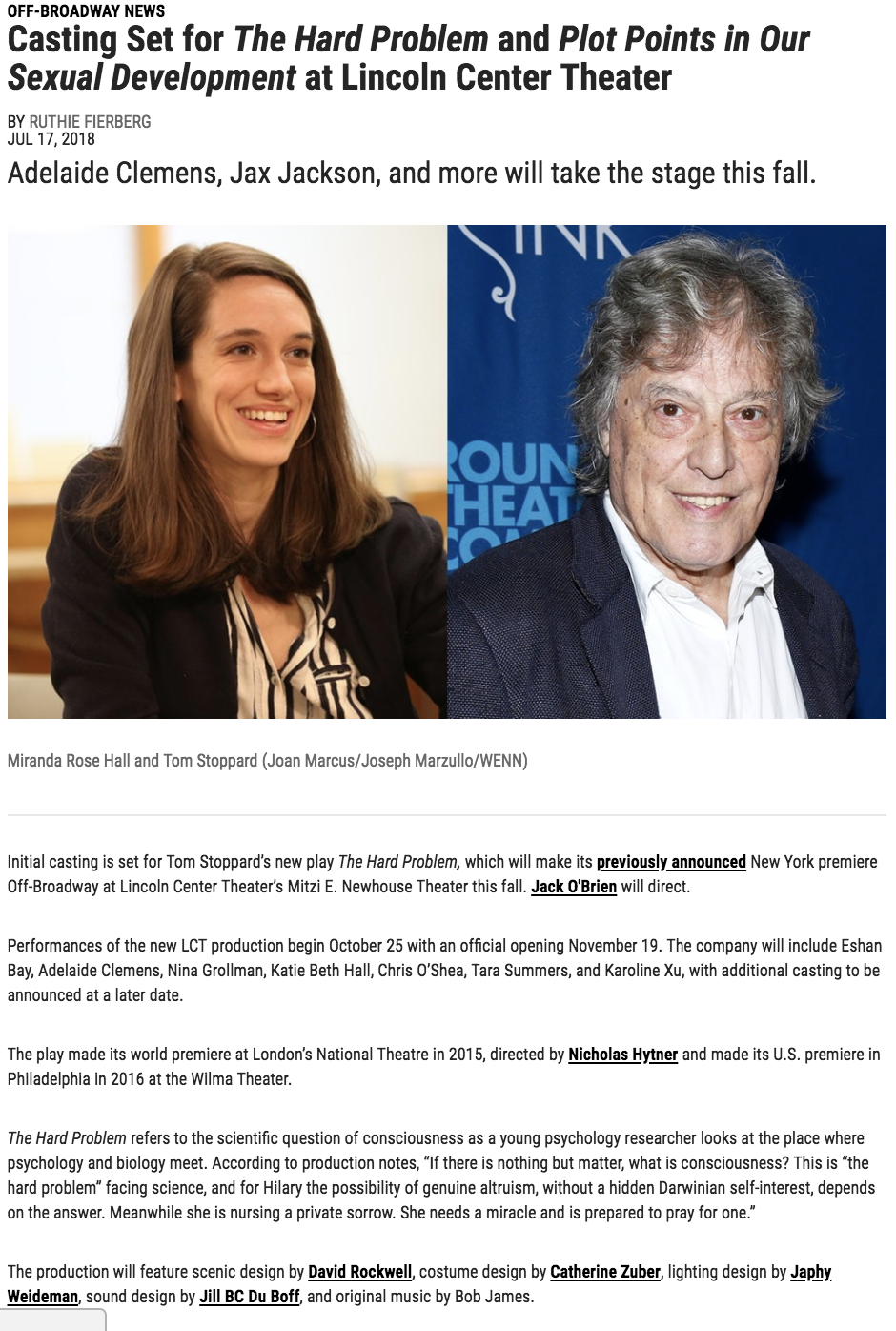 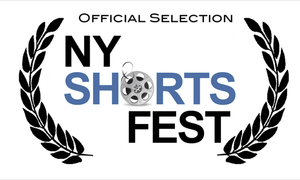 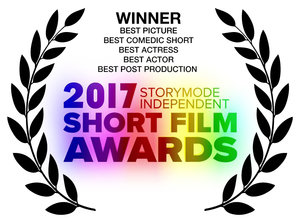 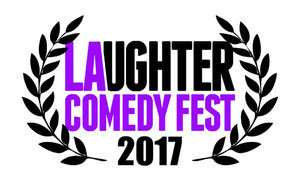 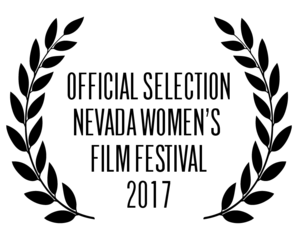